Before we go into any detail, we would just like you to know that now would be a good time to change your twitter password, if you have one.

News of this “hack” seems to have come from a strange website called LeakedSource, which hosts a database of leaked private data such as passwords so that users can look up for themselves whether or not any of their various accounts are vulnerable. We put the word hack in quotes because, while many sites seem to be calling it a hack, LeakedSource has specifically stated in their blog post that they don’t believe Twitter itself was actually hacked, and that these passwords were gathered through other means.

It doesn’t seem to be precisely known how these passwords were leaked, but there are clues that have lead people to believe that they were collected through some form of malware that saved usernames and passwords collected from several popular web browsers.

Once again, if you are worried that your account may now be vulnerable, LeakedSource says that you can look up yourself in their search engine to be sure. Of course, we also recommend you changing your password regardless, if only because it is a good habit. If you are concerned that you will not be able to remember your new password, we recommend using a password manager such as KeePass, which can help you remember and even auto-fill your passwords when used in conjunctions with plugins such as KeeFox (Firefox) or chromeIPass (Chrome). 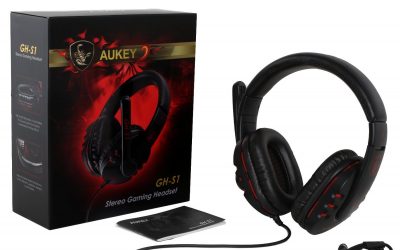 Deal of the Week: Aukey Gaming Headset with Boom Mic

Upgrade your audio quality while Gaming, watching Videos, or playing music with the Aukey Gaming Headset. Feel every beat with high-definition acoustics and powerful deep low bass riffs. The adjustable In-Line Volume Control is within easy reach, while a convenient headset splitter transforms your 3.5mm combined headphone/MIC port into two separate ports for versatility. Provisioned with a tangle-proof red and black braided cord, your new headset will deliver maximum comfort. Enjoy the cushioned headset which helps isolate ambient noise from your environment. Utilizing the standard 3.5mm stereo jack, it will work perfectly in your laptop, PC tower, smartphone, or any other audio device with premium audio right out of the box.

Quick Tip: How Do I Manage Bookmarks (Import and Export) in Firefox or Chrome?

I was getting ready to erase a hard drive for a customer this week when it hit me that some of you may not know how to backup and restore your browser bookmarks. These days, you can just log into most browsers and sync up your settings quite easily. However, if you have forgotten to, not sure how, or simply don’t want to, my video shows a simple alternative that accomplishes the same thing.

For Firefox (browser) and Thunderbird (email), MozBackup does a perfect job every time. This is not only useful for backing up and restoring your profile, but it is also great for troubleshooting a corrupt installation. You can even password-protect your profile backup as explained in this week’s video! Download MozBackup here!

Watch my short video below to see more! 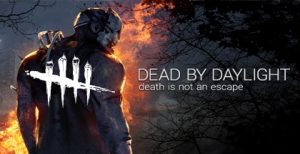 Dead by Daylight is a multiplayer horror game by Behaviour Interactive in which one player plays as the “killer,” whose goal is to take down the other four “survivors” before the round is over. It currently has three different killer types, as well as three different map “themes” (the actual maps are procedurally generated, but the themes alter several aspects of how they are created), with more to be added later.

While somewhat clunky at times, the core game concept has potential and can be very fun. Still, we recommend that you wait a little while for the game to receive some bug and balancing fixes before buying.

The game is available digitally here. 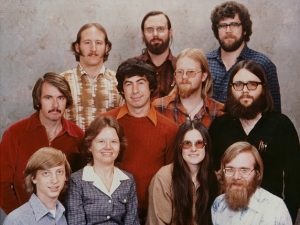 Microsoft is incorporated. Founded six years earlier by Bill Gates and Paul Allen, Microsoft grew out of the friends’ development of BASIC for the MITS Altair home computer kit. With later successes in its Windows operating system and software such as Word and Excel, Microsoft has grown to dominance in the personal computer software industry and billions of dollars of revenue.