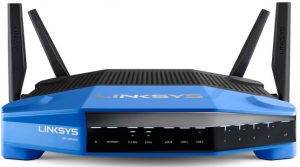 New FCC Rules Inadvertently Cause Router Firmware Lock Down, Except for Linksys WRTs

Many modern wireless routers can operate at 5GHz frequency, thesame frequency as some weather radar systems. This can causeinterference for those systems, meaning that routermanufacturers are required to implement safety measures toprevent these problems. Traditionally, this was simplyimplemented in the router’s firmware, in the form of “dynamicfrequency selection” or DFS. However, it has also been possible,and even somewhat common, for certain enthusiasts to replace arouter’s firmware with open source or custom firmware, whichallow them to add features and personalize their router fortheir own use cases. Unfortunately, this also meant that it waspossible to bypass or remove DFS, as well as other safetymeasures, a problem that the FCC seemed to find significantenough to implement new regulations for.

These new regulations call for router manufacturers to implementadditional protections that block users from being able to makethese changes, but doesn’t seem to explicitly specify what theseprotections should be. That said, the easiest way to do this,and what most manufacturers seem to be going for, is simplyblocking all custom firmware from being installed. This is veryunfortunate, since there are many legitimate uses for customfirmware, but luckily there is at least one manufacturer thathas chosen to continue allowing custom firmware: Linksys.

With many open source router firmware projects literally beingnamed after Linksys WRTs, such OpenWrt and DD-WRT, they claimthat “it’s almost our responsibility to the open sourcecommunity.” They apparently managed to accomplish this by“[isolating] the RF parameter data and [securing] it outside ofthe host firmware separately.” They also say that it’s not evenparticularly complicated, but that doesn’t seem to stop othercompanies from ignoring this route altogether. In fact, itdoesn’t even seem to be stopping Linksys, as their other non-WRTrouters will still be getting the lock-down treatment.

Perhaps in the future the FCC will revise their new regulations,but for the time being things aren’t looking great forcustomizable routers. 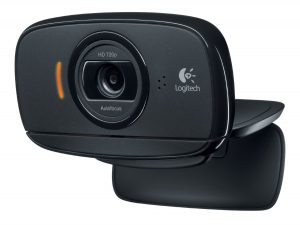 We’ve come a long way since the 1996 AT&T Video Call System. I’dsay we’ve hit the Jetson’s era of video communication. We cannow easily Skype with each other, record Youtube videos, orsimply take instant pictures on our laptops and smartphones. However, if your tower computer doesn’t have a webcam oryour laptop’s built-in webcam is a standard SD camera, you mayconsider this nice upgrade.

Built for quality and mobility, this Logitech HD C525 is perfectfor you. It mounts easily to your laptop or tower’s monitor,plugs in with a standard USB cable, swivels, and even snaps shutwhen you need to take it with you. With fluid 720p 16:9 ratioHigh Definition video or 8 MP photos, you’ll never miss ashot. It works perfectly with Skype, Yahoo, Facebook, Youtube,and any other application that requires a webcam. Enjoy theultra-smooth Autofocus and Auto light correction for dim andharsh lighting as well as a high-quality built-innoise-cancelling mic. Say it bigger. Say it better. Grab yourLogitech HD C525 today! 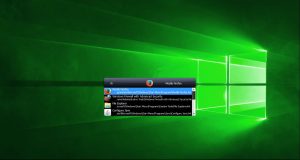 Quick Tip: How To Open Your Windows Apps Blazing Fast with Launchy

Quickly launch your desktop apps using a keystroke. UsingLaunchy will allow you to very quickly find and launch anyprogram you have on your Windows computer. Try it today! Free! 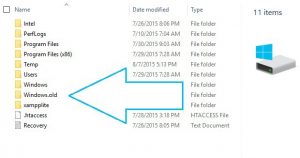 Another Quick Tip: Can I Delete Windows.old Files?

“On the last update of windows 10, it installed afolder on my hard drive called Windows.old. Can I delete that?I’ve tried but it doesn’t go away.”

If they haven’t deleted, simply hitting the Delete key won’t dothe job. You’ll just receive an error. Only delete the files ifyou are positive you don’t want to go back to the previousOS. Here’s how to do it.

For those of you that don’t know, Doom was afirst-person shooter released back in 1993. It was considered tobe one of the best of its time, and continues to be playedcompetitively even today.

Now, in what seems to be an attempt to resurrect the series(and, let’s be honest, make some money off of the nostalgiapeople have for the series), idSoftware has developed a Doomreboot. Somewhat annoyingly, the new game is also calledDoom, but still seems to be a competent enough gamein it’s own right.

One of the best things people are saying about the reboot issimply its speedy movement, which the original Doom was knownfor, and is a refreshing difference from so many modernfirst-person shooters. Beyond this, people are also praisingthings like its weapon variety and level design. In fact, themain complaint about the game rests outside of the single-playercampaign, as people simply find its multi-player to be somewhatlacking, which is unfortunate considering how much peopleenjoyed the multi-player of old-Doom.

Still, if a fast-paced, gory FPS seems up your alley, then thegame is available for purchasehere. 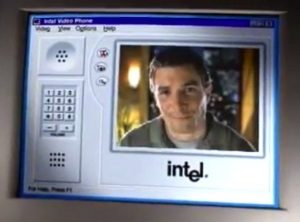 AT&T held a meeting to announce a system that would allowpersonal computers to make and receive video phone calls overstandard telephone lines. In years of efforts by AT&T and othersto find success in the technology, the AT&T system made use ofIntel’s Pentium processors and compression software to allowboth video and audio information to share a phone line ratherthan a high-capacity ISDN, T-1, or T-3 line.